American Energy, Imperiled Coast explores the tension between oil and gas development and the land-loss crisis in coastal Louisiana.

Theriot’s first academic book is a history of energy development and environmental change along Louisiana’s shrinking coastline. The book explores that rapid growth of the pipeline infrastructure along the coast in the post-war era, followed by the gradual recognition of the coastal erosion problem and the herculean efforts to fight it beginning in the 1980s. Theriot pieces together decades of political, economic, social, and cultural undertakings that clashed in the 1980s and 1990s, when local citizens, scientists, politicians, environmental groups, and oil and gas interests began fighting over the causes and consequences of coastal land loss. The mission to restore coastal Louisiana ultimately collided with the perceived economic necessity of expanding offshore oil and gas development at the turn of the twenty-first century. This book bridges the gap between these competing objectives. 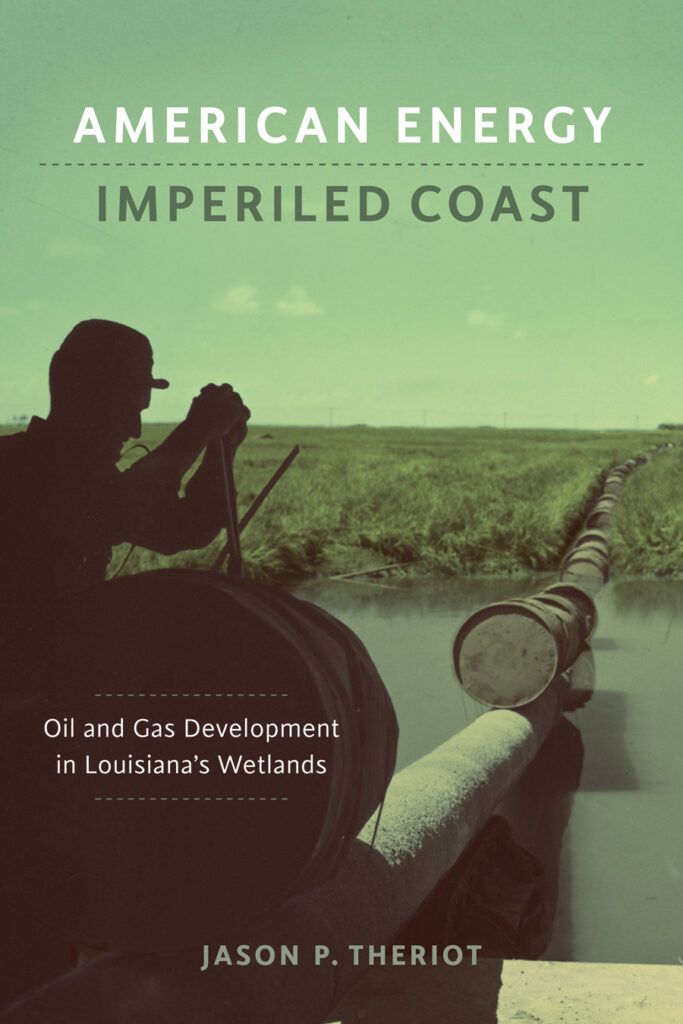 “Ever-readable and always evenhanded, Theriot offers a much-needed investigation into the beguiling history, the fascinating science, and above the byzantine politics of what may b the nation’s worst ongoing environmental crisis, as year by year a huge and valuable slice of America’s energy coast slide irreplaceably into the Gulf.”
-Glen PitreAward-winning filmmaker (Belizaire the Cajun and Hurricane on the Bayou)
“American Energy, Imperiled Coast provides a great description of the tremendous changes in economics, culture, environment, and politics of the great delta of North America. Theriot’s writing is true to what bayou people have experienced and will explain to all readers why we are dealing with these great changes. His book clearly speaks to the circumstances that force bayou communities into a difficult balance of economy, environment, and infrastructure.”
-Windell CuroleCoastal advocate and GM of South Lafourche Levee District
Previous
Next
Previous
Next